Skip to content
Next
Can umpires make you a better communicator? 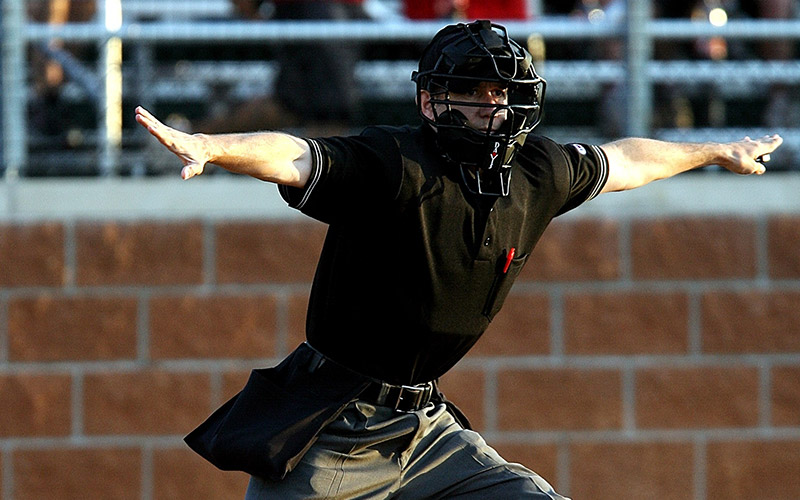 Can umpires make you a better communicator?

I started a new side hustle recently and it has made me a better communicator.

I’m now an umpire at a local youth baseball league.

Some of you are probably asking why I’d do such a thing. Several friends and family members were more direct with comments like, “are you crazy,” and “do you like being yelled at?”

Simply put, I love baseball and I thought this would be another way to stay involved in the game (I also play in an adult league, but that’s another story), get outdoors more and have fun.

However, one of the unexpected side effects is that it has made me a better communicator. Baseball is filled with signals. Whether it’s between the pitcher and catcher, manager and players, base coach to batter, or coach to fielders, everyone is constantly communicating.

Here are a couple things I’ve learned after umpiring a few games, and how they relate to business communications.

Businesses and leaders also need to communicate constantly. And I’m not just talking about sending an email or shooting a video. Those aren’t communications, they’re messages. True communication is two-way. You send a message to your employees or customers, and then you listen to what they say or what they do (or don’t do). Communication is an ongoing process. It’s a conversation. It shouldn’t stop.

Too often in today’s world we quickly react to what just happened and we often respond too fast (see most social media controversies). If you take a breath, especially in a crisis situation, you’re more likely to communicate effectively and save yourself time, customers, employees and money.

Think about it, how often to do you notice when a communication is well written or produced? How about when it’s poorly crafted? I’m guessing you’re more likely to notice (and act on) the stronger communications.

How is your business, leader or team communicating? Are they consistent and constant? Do they react to the daily events, or are they strategic and thinking about the long-term?

If you want to improve your communication strategy and effectiveness, give Charlie McAtee Communications a call. Let’s have a real conversation.