Skip to content
Previous Next
I lost my job, so naturally I went to Cambodia 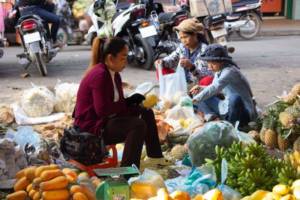 I lost my job, so naturally I went to Cambodia

When I was downsized from my job in November 2018, I had no idea I would be in Cambodia six weeks later.

Former White House press secretary Tony Snow said after being diagnosed with cancer, “we like a smooth ride, but God likes to go off-road.”

God certainly takes you on wild and adventurous journeys throughout your life, and this was no different.

When Center for Global Impact Executive Director Nathan Cecil asked me to go to Cambodia, I wasn’t sure what to think. Should I go? Was this something God wanted me to do, especially after losing my job? Was it OK to leave my family for nearly two weeks right after Christmas? Shouldn’t I be focused on finding a new job?

All these thoughts, and more, swirled through my mind as I pondered and prayed why God would put this in front of me.

I can’t say that God audibly spoke to me, but He did tell me to go. He reminded me, in several ways, that He had my back. As I thought about my life and multiple the ups and downs of 50+ years, He had ALWAYS shown up. I kept hearing him say, “when have I ever let you down?”

So, after several days of prayer and talking with my wonderful, supportive wife, I decided to go. Even though the travel was a grind, the malaria pills made me very tired, and I didn’t sleep well, I’m thankful I went.

And what was it that God wanted to show me? I wasn’t sure until I got there, and then it became relatively straightforward – the Western world is rich beyond measure, and the third world desperately needs the love and support of believers. 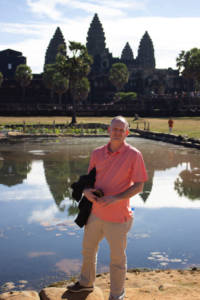 I had traveled to China several times over the past 5 years, but it wasn’t the same as Cambodia. Shanghai (population 24 million) and Shenzhen (the Chinese equivalent to Silicon Valley) are very modern, expensive cities, and aren’t really part of the third world. While in China, I didn’t really stray off the path.

In Cambodia, we certainly got off the path.

And what I saw is difficult to describe. Because poverty in the U.S. is nothing when compared to poverty in Cambodia.

As I said, we’re very blessed to live in such a rich country.

I don’t write this to make anyone feel guilty. I simply want people to better understand what daily life in Cambodia is really like. In a future article I’ll give more details and specifics on what I experienced, felt and saw.

Until then, please take a few moments to think about these statistics. After you’ve done please take some time and thank God for all the blessings we have in the United States.