Skip to content
Previous Next
Pete loved baseball to the end 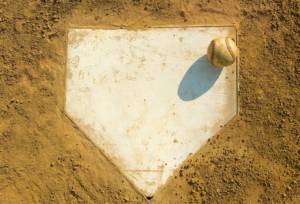 He loved baseball to the final inning

It’s a cliché, but Pete had forgotten more baseball history than I’ll ever know. It’s a cliché only because it’s true.

I met Pete about five years ago. It happened because he was taking care of his 90+ year-old mother, who was having eye surgery. My wife happened to be her nurse and started talking with Pete in the recovery room. She found out that he was a former player, writer and a baseball fan. She said, “You should meet my husband.”

Pete gave his business card to my wife, and I met Pete shortly thereafter. I learned about his rich history in baseball (he played in the Yankee organization), and sports in general. This was the beginning of our friendship.

He introduced me to the Society of American Baseball Research (SABR) and got me connected to the local chapter. I quickly realized that a lot of the members knew a lot more about baseball history than I did, but he never made me feel unwelcome. He always wanted to hear what I had to say and asked me about my (limited by comparison) baseball knowledge and love of the game.

He was instrumental in the Indianapolis Oscar Charleston SABR chapter for more than 25 years. Wednesday evening during our “Winter Meetings,” Pete easily recalled the first SABR meeting which featured Carl Erskine as the keynote speaker.

It’s only fitting that his final inning was spent at a SABR meeting. Eating pasta (of course) and surrounded by his friends, we talked about the latest baseball news, free agents and the recent World Series. We also planned several SABR events for 2020. Pete, as usual, agreed to help in whatever way he could.

Pete truly appreciated baseball’s history, but also wanted to grow the game. When I suggested that we try to include the local chapter of Indy RBI to introduce young, inner-city kids to the importance of the Negro Leagues, he smiled at me, nodded and winked, and said, “what a great idea.”

Pete never shied away from his faith. He was an active member of the Catholic church, and in his 2014 book “Indiana-Born Major League Baseball Players,” he included the phrase: Ad maiorem Dei gloriam. It’s a Latin phrase that means, “For the Greater Glory of God.”

In almost every conversation I had with him, including Wednesday night, he would reference God, his faith or church. It was clearly part of who he was.

I don’t pretend to know what his welcome to Heaven was like. But I’m imagining that he met Jesus face-to-face on a baseball diamond at home plate and heard the words, “Well done, good and faithful servant. You played a great game.”